Today I’m back with another ColourPop review, this time of the Limoncello palette. This is the third in a series of the three ColourPop posts that I mentioned I would be doing. This is a palette I’m really excited about, so let’s get into it.

So this palette is inspired by Spring days and freshly squeezed lemons and you really get that vibe from the outside of the palette. It has a blue and white background with lemons on branches, cut in half and ‘Limoncello’ written in the middle in gold. 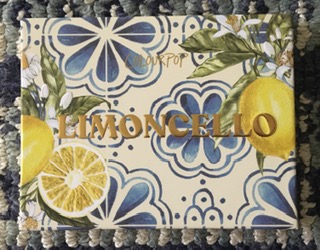 You get a good size mirror with this palette and it has a yellow boarder with a cut in half lemon in front of blooming lemons in the bottom right corner. 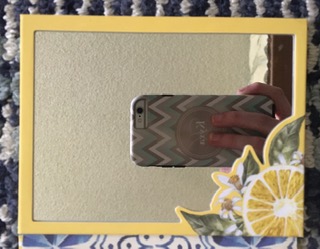 This is a 12 pan palette that has mattes and metallics. There is a color range of oranges, yellows, blues, greens and neutrals. Just looking at it, it looks like a really versatile palette.

The first shadow we have is Tuscan Fun, a matte medium brown. Next to that is Fly Girl, a metallic orange. Then there’s Easy Peasy, which is a metallic brownish shadow with green undertones and the last shadow in the row is Limone Squeezy, which is a warm matte ginger.

The second row starts with Touring, a really pretty metallic champagne. Next to that is Amalfi, which is a matte yellow and I would describe it as a dandelion/canary yellow. Then there’s Serenade, a metallic lemon, but it’s what I would call a pale lemon and the last shadow in the row is Capri, which is a metallic lime green but it’s a deep lime green. 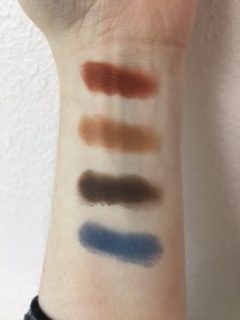 That about wraps it up for this post, I really like this palette so far, the metallics are really creamy, the mattes all swatched really smooth and everything seems to be very pigmented. If you have purchased this palette I’d love to know what your favorite look is that you’ve done with it.

Until next time, have fun creating different looks and you can never have too many eyeshadow palettes :).